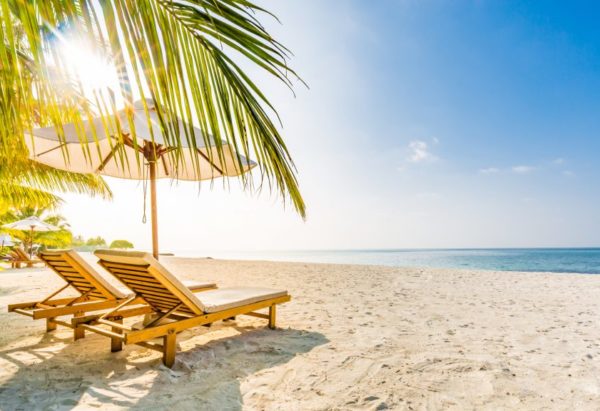 ‘Three quarters of Brits expect to holiday in 2020’

The British public’s appetite for travel has not been diminished by the coronavirus pandemic, new research suggests.

Analysis by Holiday Extras has found 25% of people have already booked a flight, 75% believe they will go on holiday this year and 23% of those who have travelled in the last three months would board the first plane the government deems safe.

The figures were taken from a poll of 1,000 people this month.

“What people get from booking a holiday isn’t just the holiday itself – it’s planning it and looking forward to it – and now more than ever people have time to make plans and need something to look forward to as soon as this is all over,” said Seamus McCauley, head of communications at Holiday Extras.

“Airlines bringing their winter schedules forward so that people can book now is sensible for those looking ahead to the end of the current crisis. It also gives everyone something to look forward to.

“I expect the first thing people will want to do when all of this is over is hop on a plane and get right back to seeing the world.” 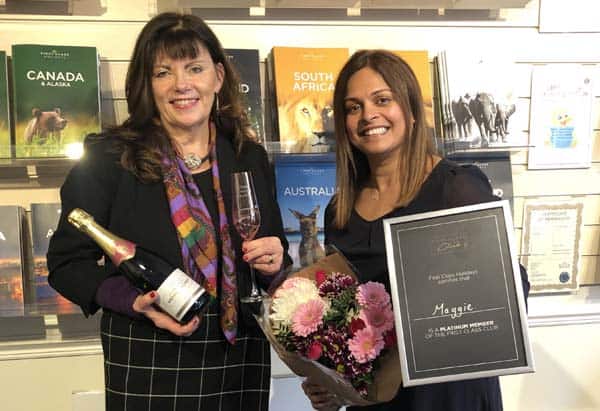 Here is Maggie receiving her latest award for moving up to a Platinum Canada Specialist with First Class Holidays – Maggie is also one of 25 Canada specialist in the whole of the UK!! Look no further if you need anything Canada, speak to Maggie! 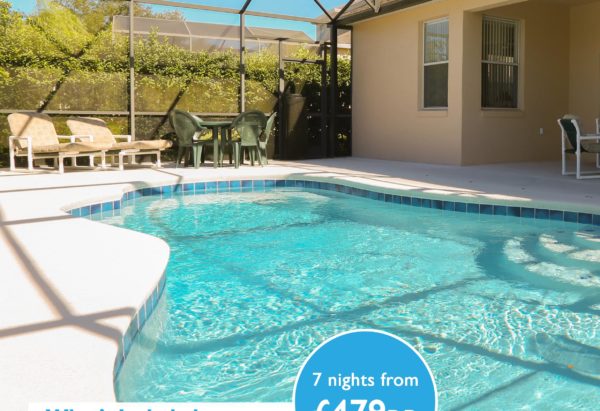 7 night stay in a Disney Area Executive 4 Bedroom Villa, Gatwick flights with Virgin Atlantic, based on travel 6th March 2020 – Priced from £479 per person

History – The Expo was first set up in 1851 by Queen Victoria and Prince Albert who built Crystal Palace (not the football club) for the first exhibition. The Eiffel Tower (1889), movies with sound (1905), first phone (1876), first TV broadcast (1939) were all showcased first in the world expo exhibitions.

What’s there – Its 173 days of food, music, culture and tech (6 months). There will be 192 participating countries each with their own pavilions. Over 200 food outlets – mixture of street food to haute cuisine. 60 events every day (musical acts, comedy and theatre productions). 100s of pavilions with interactive exhibitions. The UK’s pavilion is centred around artificial intelligence. The UAE’s pavilion will showcase its mission to land on Mars in 2021. Beethoven’s music performed by robots in Germany’s pavilion. For kids – 3D printing to build your own robot workshops

Changes to Dubai – 2020 metro line being built to connect main points in Dubai to the expo site. Plus of course there are more hotels and roads being built for the extra visitors expected. The huge increase in building work which has been taking place in Dubai over the past few years is mainly to increase rooms for this Expo, so the plan is to have everything finished and up and running by next October.

They have created a great video to showcase some of the pavilions and ideas: https://youtu.be/z3PdVAviXfg

Which? said several special offers for last year’s event turned out to be exaggerated or non-existent upon further investigation.

On Black Friday in 2018 (November 23), Which? Travel analysed promotions advertised by major airlines and holiday companies – before checking the prices again two weeks later to see whether the deals on offer were really worth snapping up.

Ryanair offered 25% off one million seats purchased by midnight on Black Friday for travel between January and April 2019. None of the flights Which? Travel checked were any cheaper on November 23 than they were when checked two weeks later.

Out of 10 Ryanair flights, only six routes were available at the headline sale price offered on Black Friday. A sale flight from London Stansted to Barcelona, advertised at £4.88, did not appear to exist at all for the dates advertised.

EasyJet’s Black Friday sale claimed travellers could save £50 on 60,000 short city breaks, but out of the 21 holidays that Which? Travel investigated, eight of them were cheaper just two weeks later.

Norwegian Air advertised Black Friday discounts ‘up to 30% off short-haul fares and 15% off long-haul fares’. When Which? Travel investigated, the average saving was £6.

The biggest saving, almost £24, was for a flight from London Gatwick to Buenos Aires, which if purchased on Black Friday cost £226 – a less significant 10% off the price Which? Travel found on December 7.

TUI offered discounts codes worth £100 or £150 off selected breaks but these codes failed to work on two of the five holidays that Which? looked at.

An all-inclusive week in Lanzarote, flying from Birmingham, with a discount of £100 was actually only £32 cheaper than the price available two weeks later on December 7.

Norwegian was the only company mentioned that responded to Which? Travel’s request to comment.

The airline explained the saving offered was based on the net not gross fares (excluding taxes and charges), but Which? Travel did not consider this to be clear on Norwegian Air’s website.

Which? urged consumers to think twice before buying a holiday or flight that’s advertised as a Black Friday deal this year and to not feel pressured by time-limited offers.

Which? Travel editor Rory Boland said: “Our research reveals that Black Friday travel deals aren’t always what they appear to be. Avoid disappointment by comparing prices and approach attention-grabbing saving claims with scepticism.”

It is adding hundreds of thousands of seats for summer 2020 from both airports, a 16% rise in capacity at Manchester and a 23% jump at Birmingham. END_OF_DOCUMENT_TOKEN_TO_BE_REPLACED

Pilots strikes by British Airways pilots have prompted fares to soar this week as rival airlines take advantage of demand.

A search by TravelMole this morning showed one-way EasyJet flights from Nice to London tomorrow (Wednesday) have rocketed to £660 to Gatwick, £611 to Stansted and £510 to Luton, and that excludes checked-in luggage or any other ‘extras’. END_OF_DOCUMENT_TOKEN_TO_BE_REPLACED

In a nutshell
TripAdvisor is refuting claims by consumer rights group Which? that it has been failing to stop fake and suspicious five-star hotel reviews. It says an investigation by Which? is based on a ‘flawed understanding of fake review patterns’ and relies on ‘too many assumptions, and too little data’.

END_OF_DOCUMENT_TOKEN_TO_BE_REPLACED

Cruise lines are rallying round to help the Bahamas following the devastation caused by Hurricane Dorian.

The death toll has climbed to 30 and is expected to be even higher. Prime Minister Hubert Minnis described the worst areas as being ‘decimated’.
END_OF_DOCUMENT_TOKEN_TO_BE_REPLACED

UK airlines will still be able to operate flights between the UK and the EU until at least October next year after the European Commission extended the deadline in their unilateral contingency legislation, released today.

Under previous legislation the deadline for this contingency was set for March 2020, but this extension will now allow customers to book their travel further in advance in the confidence that flight schedules will not be affected, said ABTA. END_OF_DOCUMENT_TOKEN_TO_BE_REPLACED