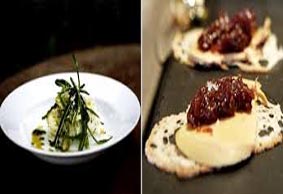 The successful chef Yannick Alleno has been given 3 Michelin Stars for his restaurant Le 1947 in the fashionable Ski resort of Courchevel, France.He also has a restaurant called Stay in the One and Only, The Palm in Dubai which Jane has ate in .”It was delicious and the dessert unbelievable as he has the most amazing display of chocolate you will ever see. 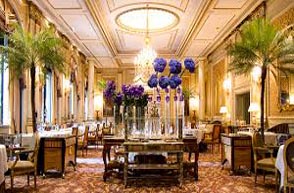 Le Cinq in The Four Seasons Hotel George V in Paris has been awarded 3 Michelin Stars, becoming the only hotel to achieve this award for their dining experience in Europe.