I was invited on a Jetset Fam to Texas which included Houston, Dallas and Fort Worth, it was a whistle stop tour and we crammed loads of things into our 6nights. We started off by flying with Singapore Airways from Manchester to Houston, a great route and wonderful service with Economy, Premium Economy and Business Class which looked amazing.

I did two visits to Houston, at the start of our trip but again at the end. My first stay started with a visit to the official NASA Space Center Houston. We spent the morning here seeing all things to do with Space, Apollo missions even going inside a Space Shuttle! You could easily spend a whole day here. 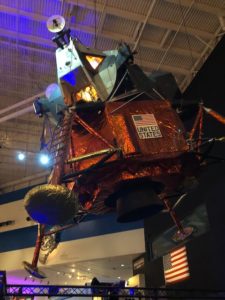 Next we went to Kemah Boardwalk on the shores of Galveston Bay. We had a couple of hours here but again you could easily spend a day here as all sorts of traditional fairground rides. Including a huge wooden roller coaster that I actually went on.

We checked into our next hotel and dashed off for dinner & live music at The Rustic a brand new venue in Houston. A great place with great food to finish our busy day. Our second visit was just as full on as the first, we started with a Minute Maid Stadium tour, this is home of the Houston Astros Baseball team. Even if you are not a baseball fan it was still interesting. We then went on a bike tour to discover Houston’s Downtown and Buffalo Bayou Park which is a nice cycle alongside the Buffalo Bayou and through the park. 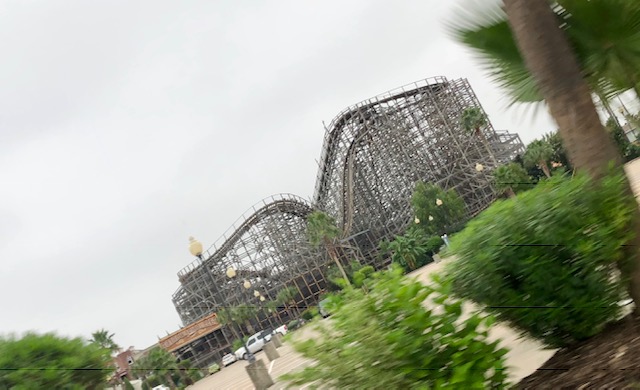 We stopped and had lunch at the Jackson Street BBQ which is reputedly the best BBQ in Houston. It is fast food style cafeteria style eating, the food was amazing and as we had come to expect in Texas huge portions. As is we had not eaten enough that night we had dinner at the original Ninfa’s on Navigation which is a very famous Mexican restaurant. The following day we were flying home but we did stop off at the George Ranch Historical Park to discover over a 100years of Texas history. Somewhere you could spend hours looking around and they have people dressed in character for the times so you could really find out what life was like there.

For people who like to shop Houston has lots of shops but we visited The Galleria a huge shopping centre that has every type of shop including top designers, you can claim your tax back too before you fly home if you spend enough. We had a very delicious meal here too, so you could shop all day and then dine there too.

Hot tip – buy a CityPass for access to so many amazing things to do in Houston. 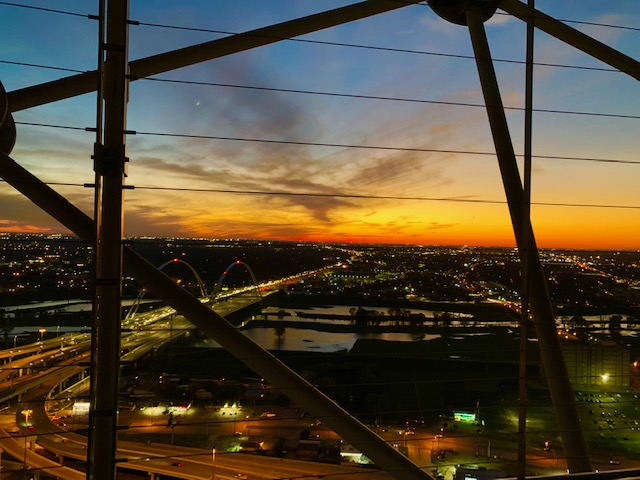 Dallas, 36 action packed hours to cram as much in as possible. I really was impressed with what I saw, so much greener & prettier than I expected. We visited the JFK 6th Floor museum, it was fascinating but unfortunately we had less than an hour there so did not really get to absorb it all in full, you could spend hours in there. Outside on the road there are 3 big white X where the vehicle was when JFK was shot. Later that day we visited the Reunion Tower GeO-Deck, it is the iconic centre piece of the Dallas Skyline standing at 560feet, and we were there for Sunset so the views were spectacular

Lots of fabulous Art works around the City. Museums and shops galore but also a great fun vibe too. Deep Ellum was an area we peddled around one night on our Party bike which was great fun. Lots of Breweries, eateries and live music playing.

The next morning we did an Efrog whistle around the city starting at a small farmers market, they are little electric buggies, and people use them as a type of taxi too. We also nipped to Dallas Arboretum which this time of year has a pumpkin Village again a bit of a whistle stop, somewhere you could spend hours if you enjoy gardens. A city I could easily come back to… 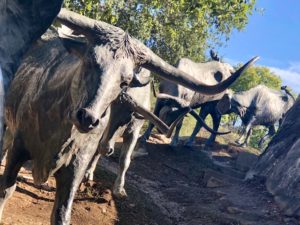 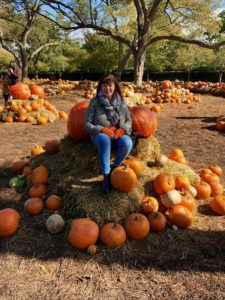 Fort Worth, so much more to it that I expected. Again in 24 hours we didn’t see it all but had a good go.

The historic Stockyards, all things cowboy here, long horn cattle come down a street twice a day. The Rodeo is here plus Billy Bobs Honky Tonk venue. We saw Billy F Gibbons who is part of ZZ Top, he was brilliant. Lots of eateries here and shops to buy everything Cowboy. 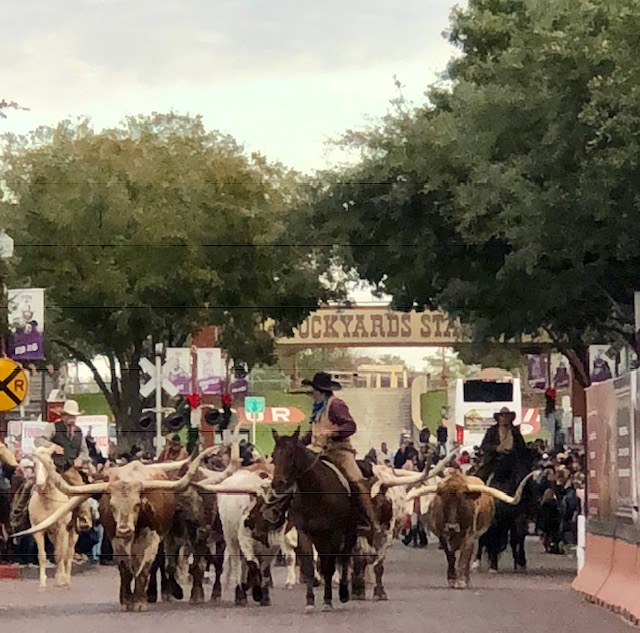 It looks like a small wooden building on the outside but like a Tardis. It just keeps getting bigger with courtyards filled with fountains and gardens and great musical entertainment. 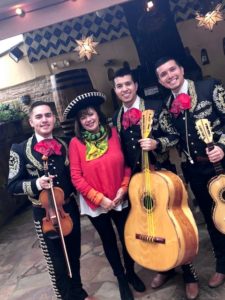 We went to a place called Top Golf, it’s a bit like Ten Pin Bowling in that you have your own seated and heated area.

Electronic scoring so depending where your ball lands you get points. Great fun for non-golfers but also a lot of people there practicing their swing.

Cultural district houses most of the museums, we visited the Modern Art which I have to say was fab. We went to the Cowgirl Museum but it was closed. There is an interactive children’s museum amongst other things.

Great free transport around downtown with Molly the Trolly bus that just keeps going around. We didn’t get time to explore any of the shops but there looked to be a good choice plus plenty of night time venues too.

Certainly worth 2 – 3 days visit while in Texas. 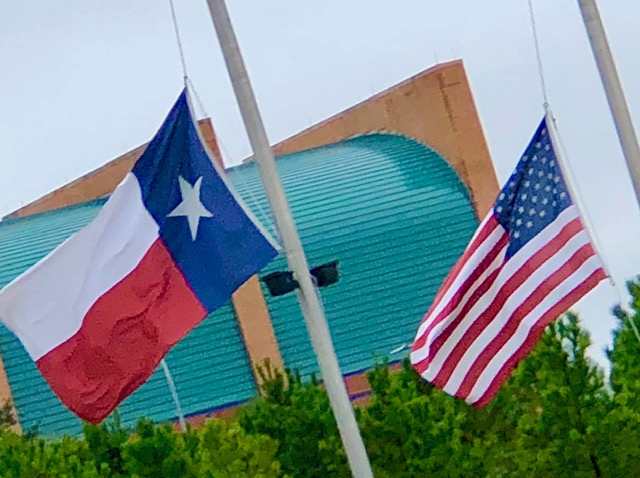